Growing up in Emilia Romagna, a region known for Parmesan, Parma ham, lasagna, and stuffed pasta, a great deal of my childhood was spent in the kitchen with my grandmother and mother.

that lasts a lifetime!

Even at a very young age, I could see that for them cooking was a passionate expression of their love for their family. While I’m filled with many warm memories of watching them cook, what I remember most is circling the table and watching the stove, waiting for any opportunity I could to steal a taste.

Being raised in a home where there was only homemade food, I’m proud to say that I carry on the family tradition of fresh egg pasta, using my grandmother’s rolling pin — an 80-year-old tool that has also come in handy for keeping husbands in line, over the years…

Today, there is nothing I enjoy more than sharing my grandmother’s recipes through my cooking. Just as she did, I use the highest quality ingredients, being sure to include in every dish a large dash of love and family memories.

Life is a combination of magic and pasta

…and pasta is magic. Our origins define what we are, and my regional roots deeply influence me. In Emilia-Romagna, fresh home-made pasta, a skilful mixture of eggs and wheat, is the protagonist of regional gastronomic culture. Not only it contains tryptophan, an amino acid which turns into serotonin, the hormone of happiness, but it also testifies of centuries of efforts in creating a unique cuisine.

Emilia-Romagna, though not so famous as Tuscany, is an area of gastronomic excellence. The tradition of home-made pasta is still prevalent: the pasta machine is considered “the tool of the devil”, and we still have, in our fresh-pasta shops and restaurants, women who are rolling pasta in front of the shop-window. Emilia-Romagna and Tuscany are the staple of national gastronomic heritage. The first cookbook of Kingdom of Italy (unified only in 1861) was published only thirty years later. And its author was a gentleman from Romagna (like me) who had moved to Florence in his youth (like me, again).  Our good Pellegrino Artusi, publishing his Science in the Kitchen and the Art of Eating Well in 1891, created the pattern of a unified cuisine in a country which had been politically separated up to thirty years earlier. Copies of his book, stained and tattered, passed down like a family heirloom, from mother to daughter. 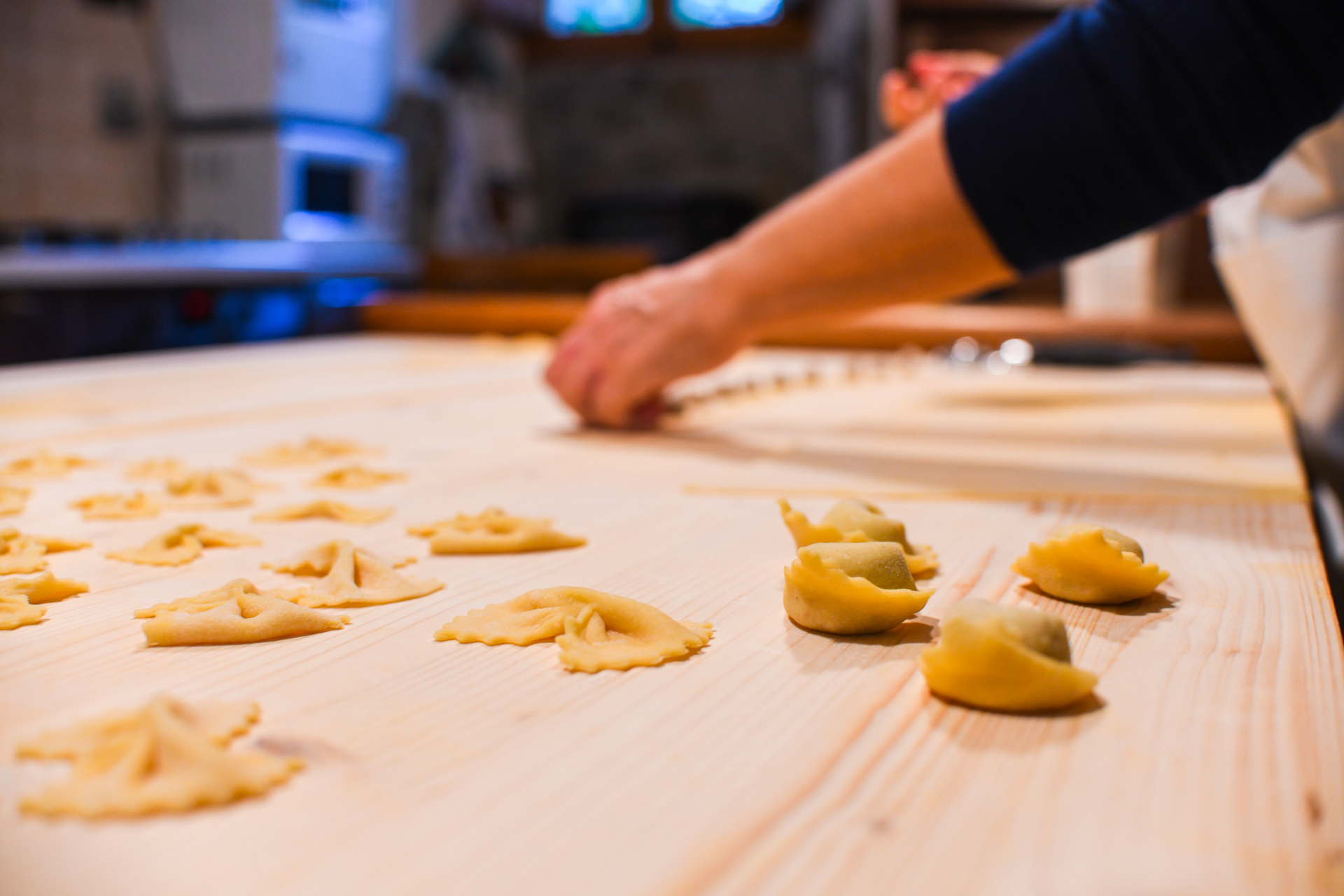 Italy is an unusual country, surrounded by the sea. The topography divides the country into distinct regions, each steeped in their own traditions. In one small country, you can move between an alpine and mediterranean climate, with different food production in each area.

Through my classes, I will introduce you to the cooking secrets from various regions. You’ll enjoy pasta sauces from across Italy, soups, risotti, and traditional vegetable, meat and fish courses, with a predominance of vegetarian dishes. After all, the Mediterranean diet is famed for being one of the healthiest diets in the world. Last, but not least, because no Italian meal would be complete without dolce, we will share a family-favorite seasonal recipe, such as tiramisu or torta.